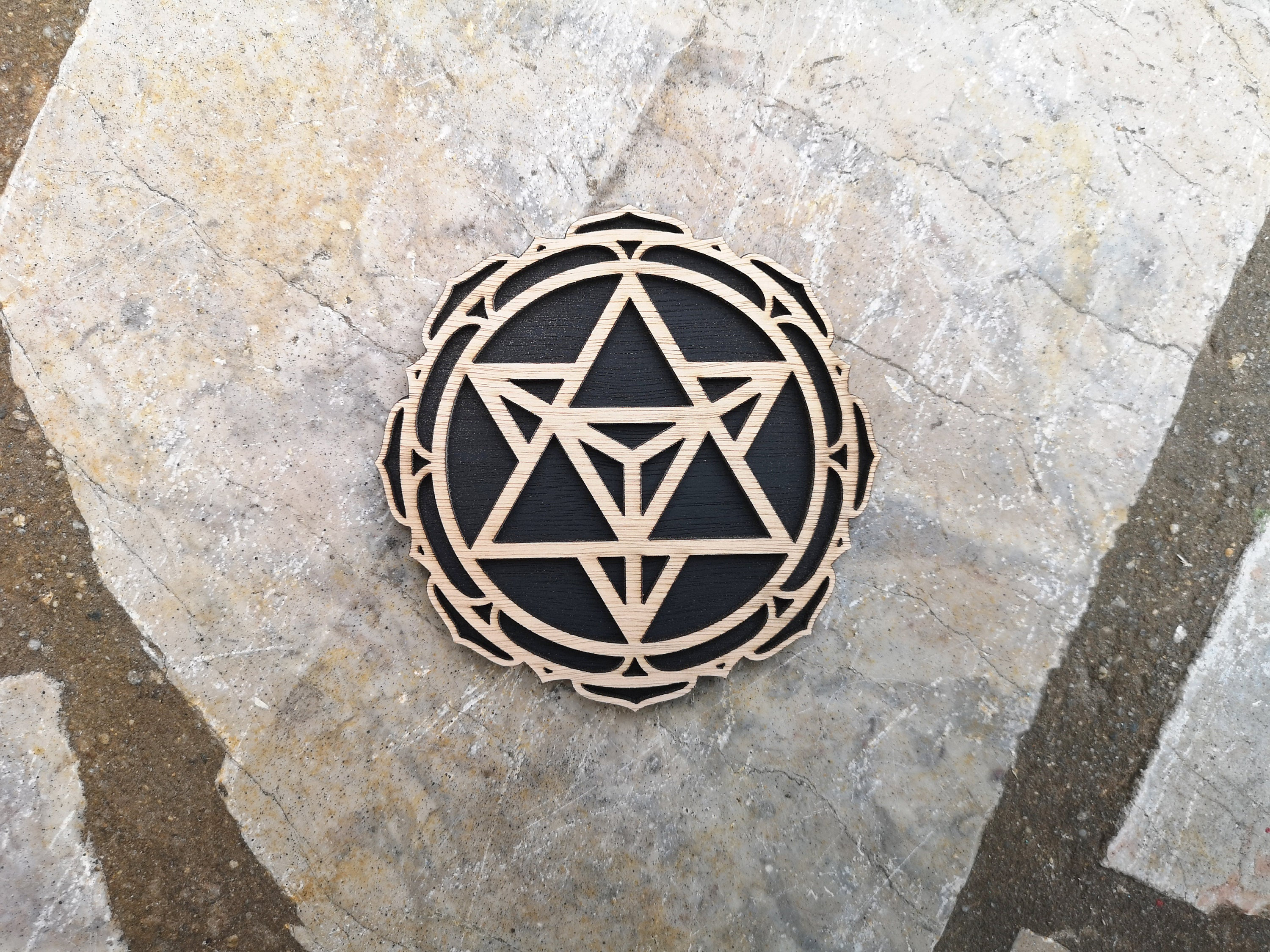 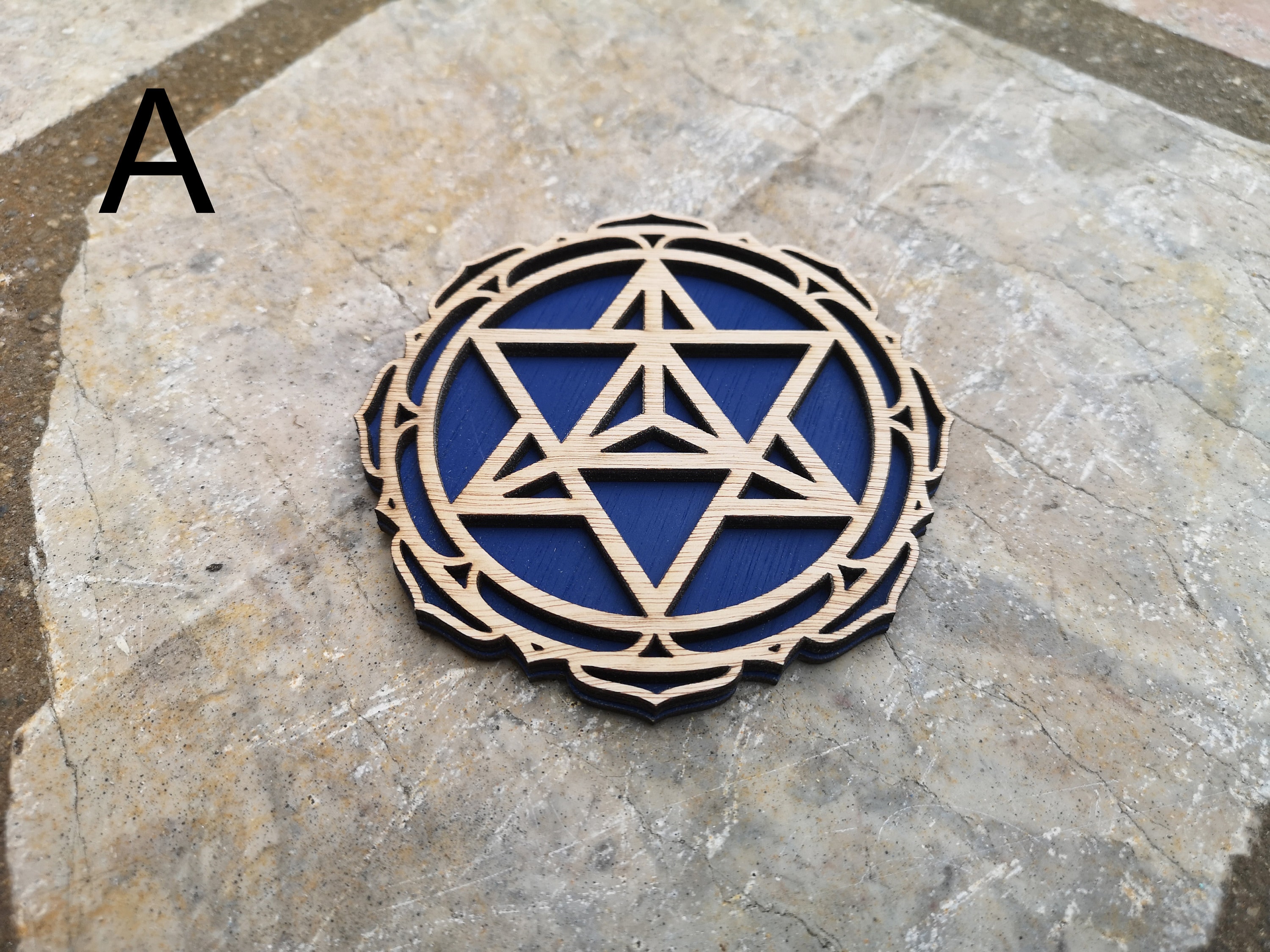 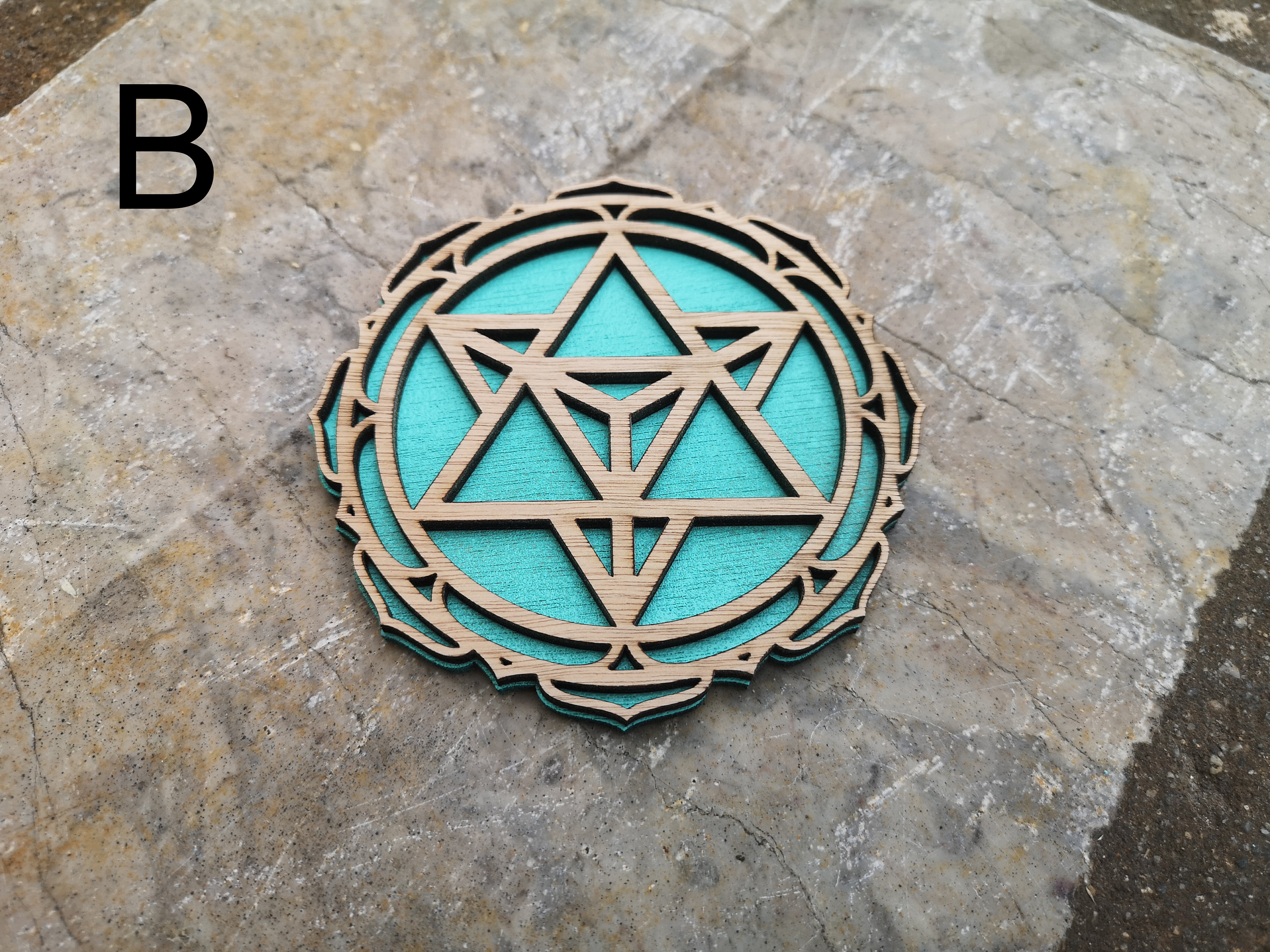 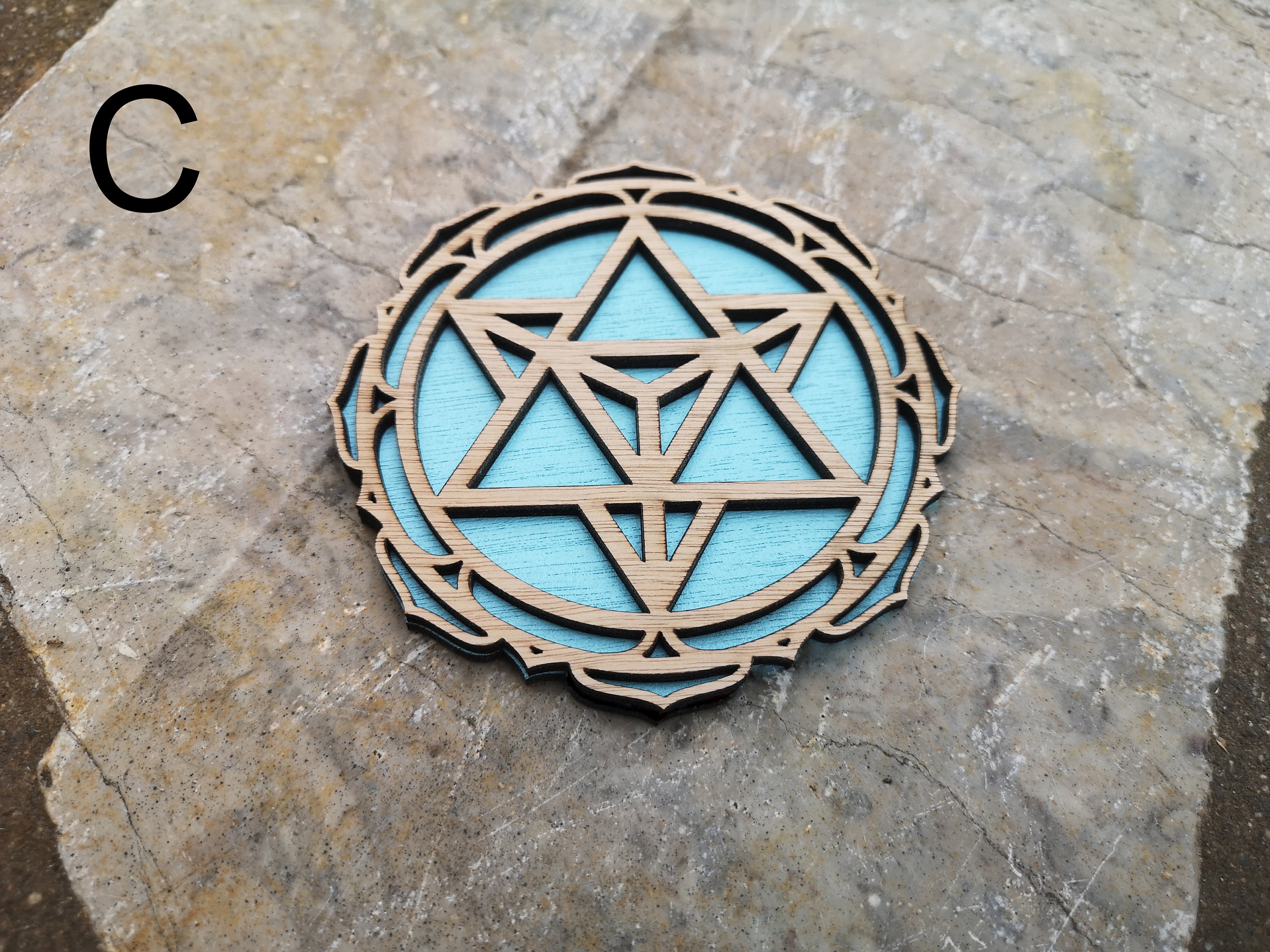 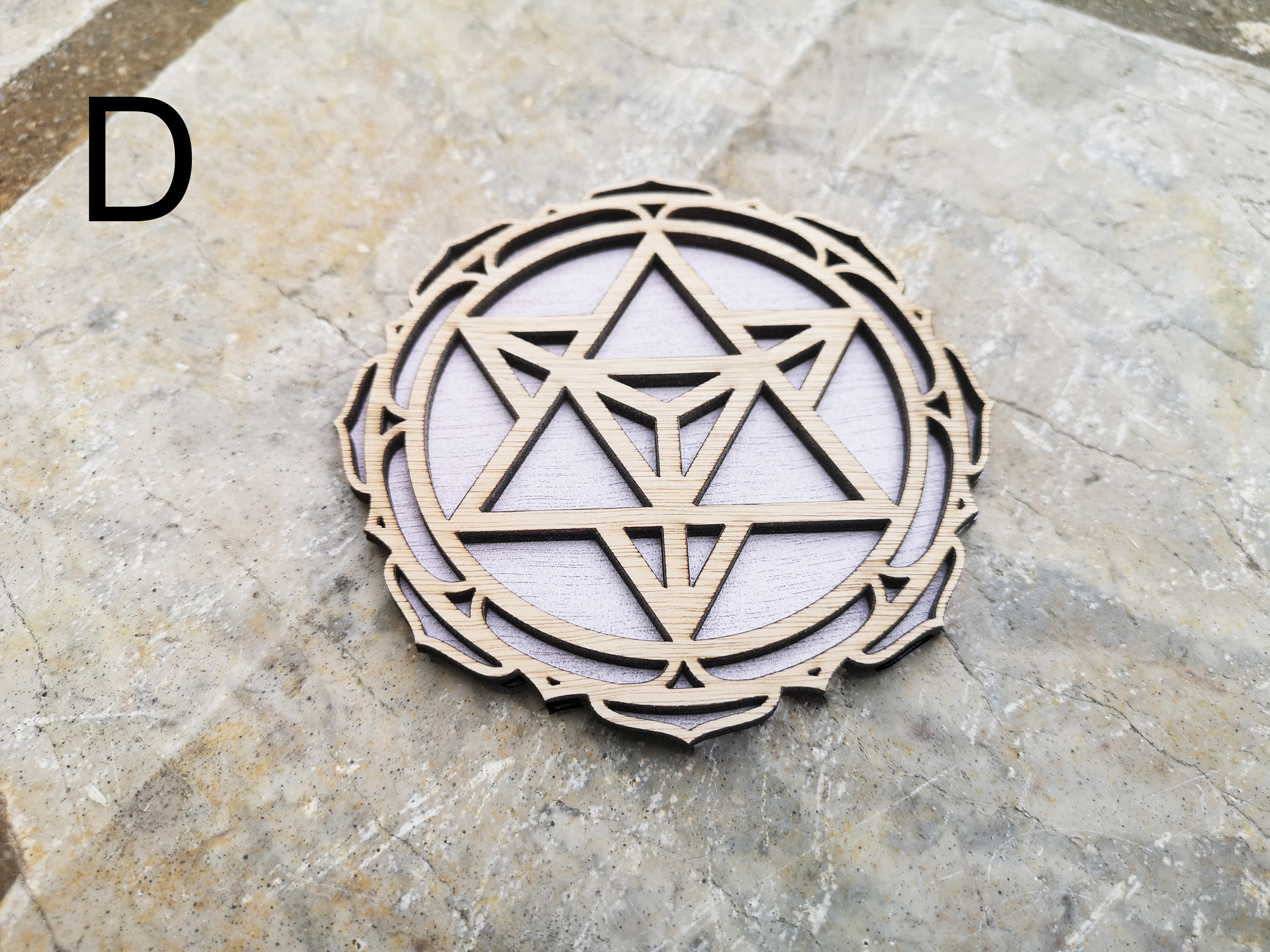 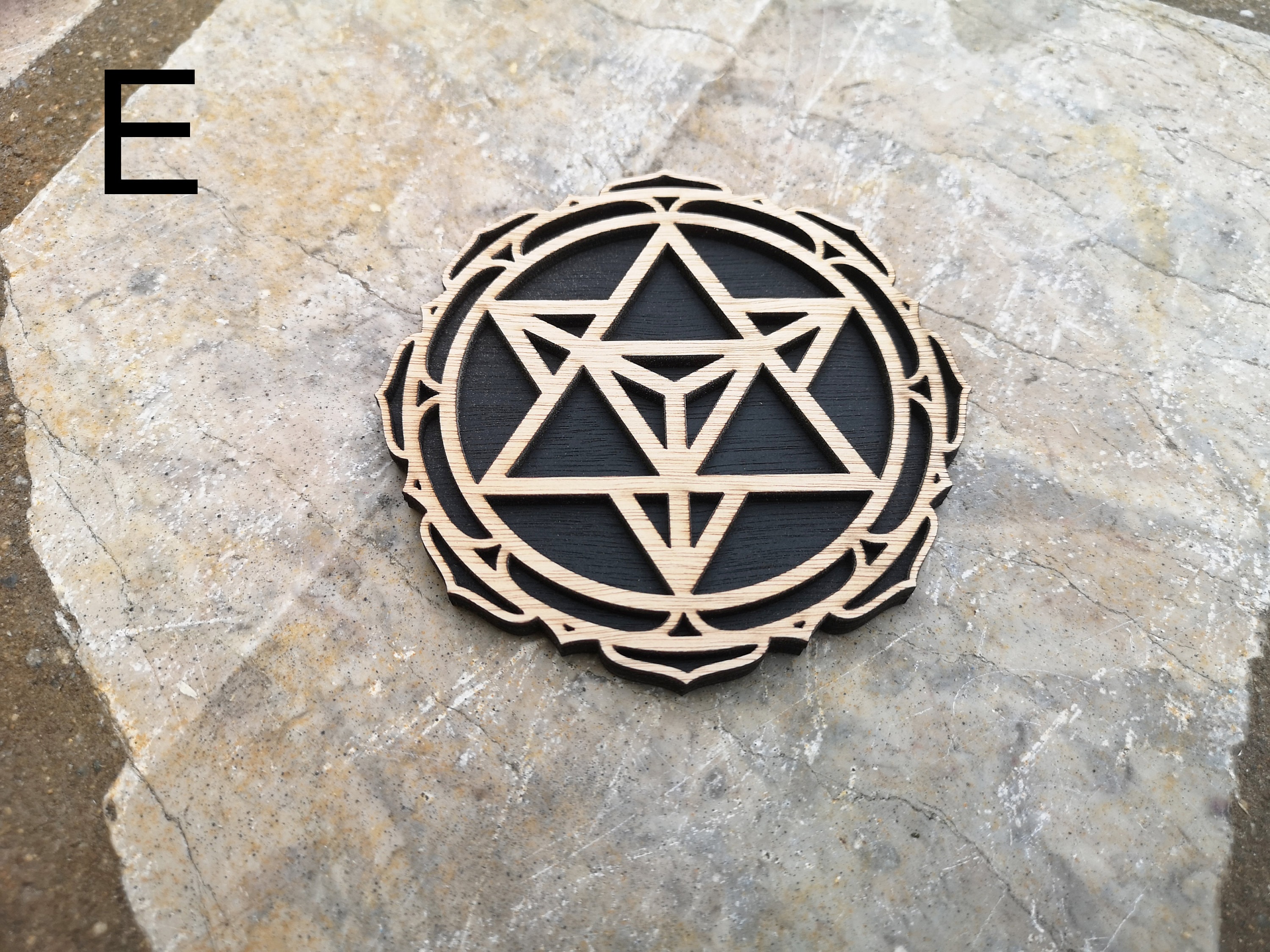 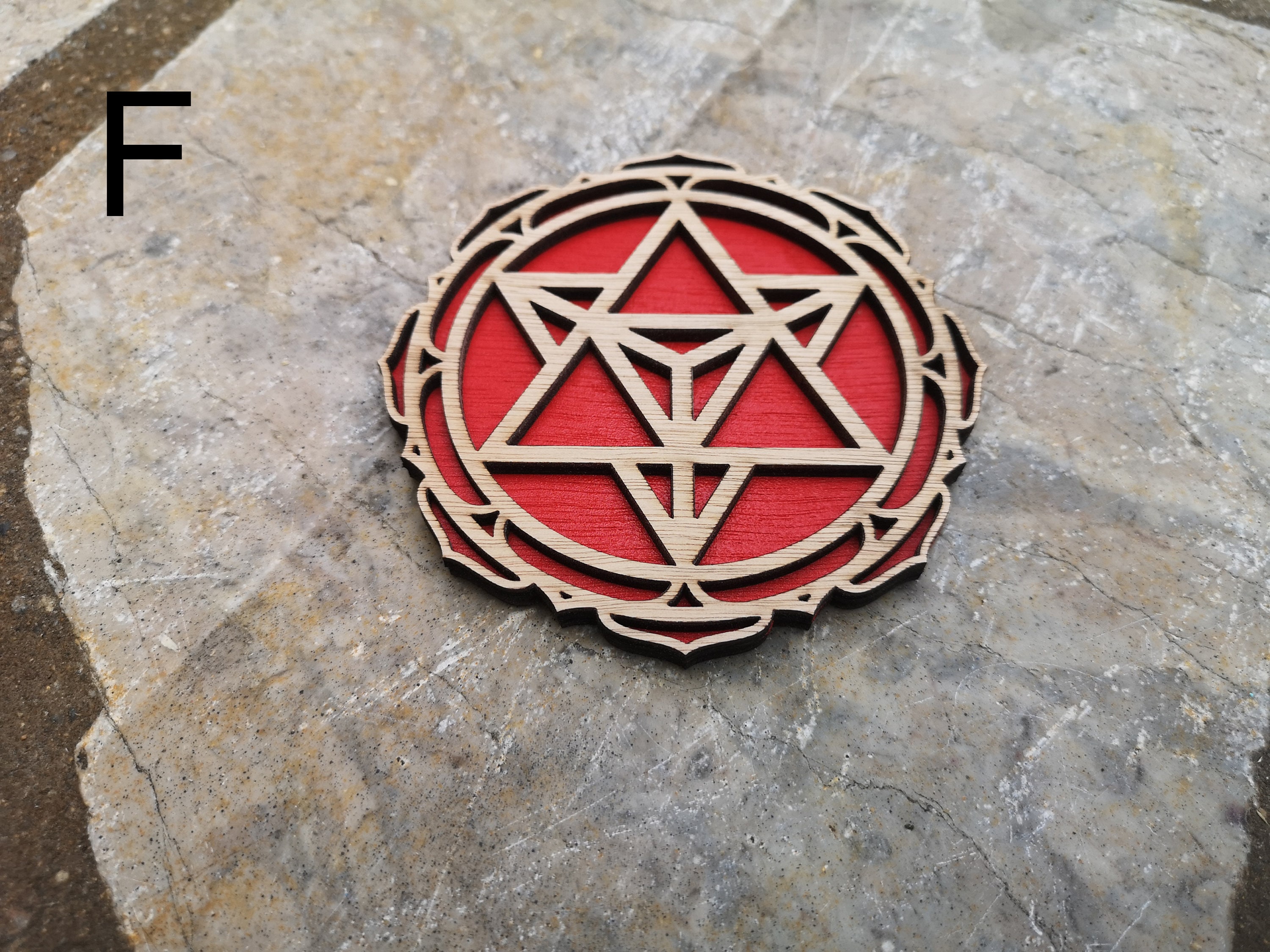 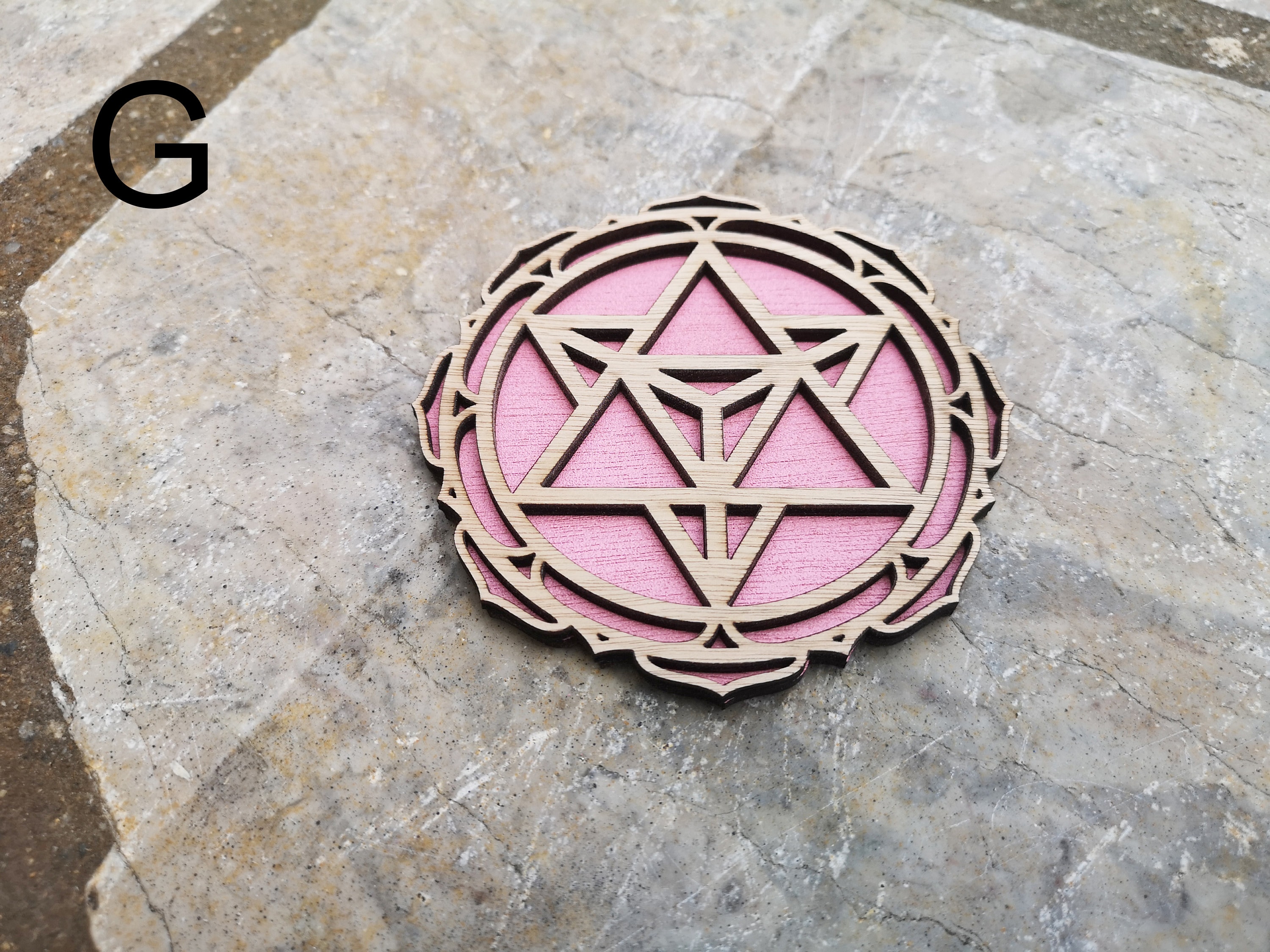 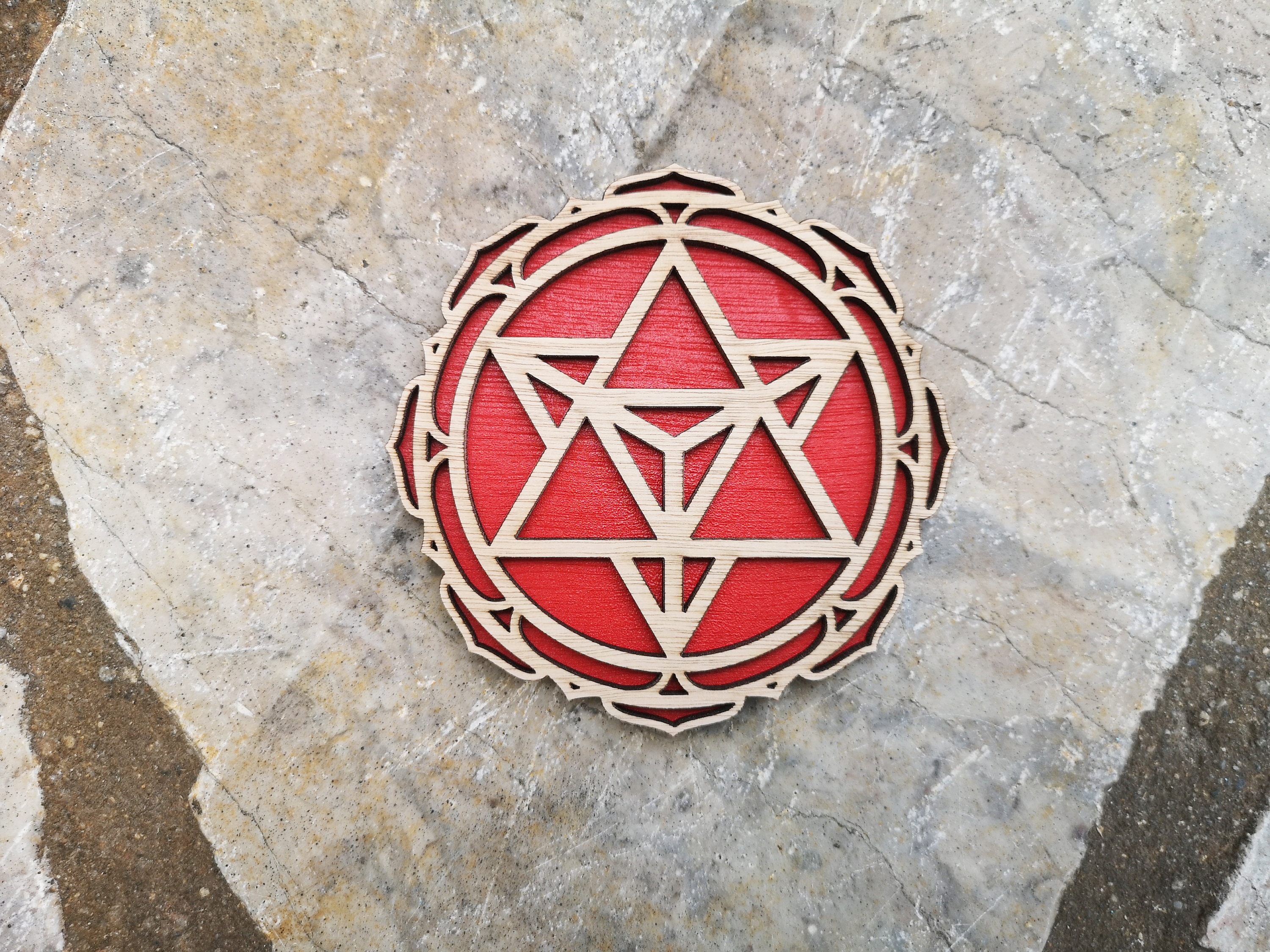 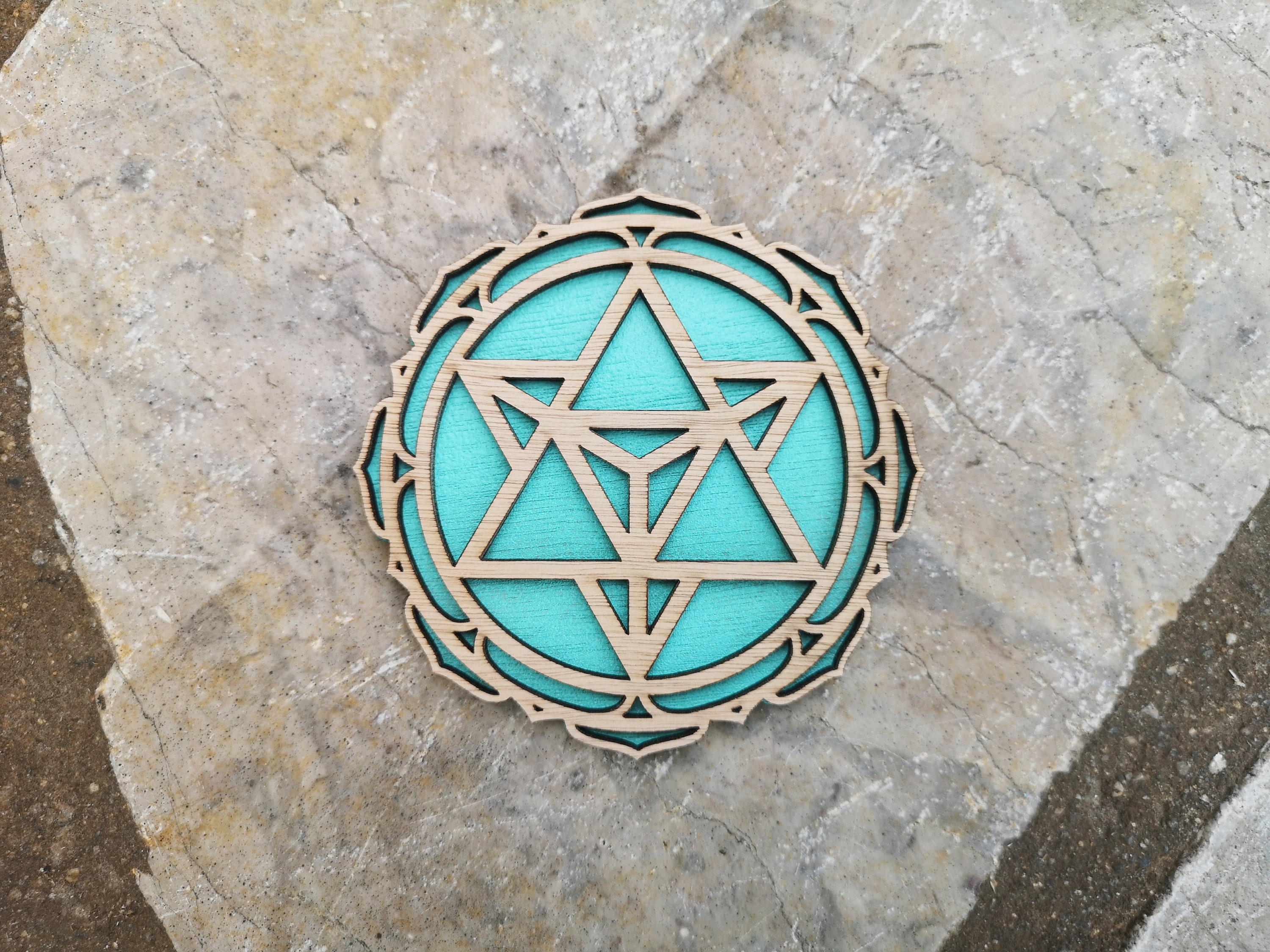 Merkaba made of laser-cut wood.


The Merkaba is a powerful symbol of sacred geometry, represented by a double tetrahedron "two pyramids nested in each other.

It forms a tetrahedral star, like the Star of David in 3 dimensions, with therefore 8 points.

Merkaba is a Hebrew term (appeared in the book of Ezekiel, one of the founding texts of Judaism) that means "chariot" or "zodiac". Its activation makes it possible to travel from one world to another world, in different spiritual dimensions and to reach the divine throne (according to Jewish mysticism).

It was once used by the Egyptians.

The word Merkaba is broken down into 3 syllables: "Sea", the mysterious light; "ka", the mind and "ba", the body. Thus the body and mind are surrounded by fields of light rotating around them.

Protect yourself: The energy field created around your body provides physical and mental protection by reducing the influences of the people around you.

Have vitality and a clearer mind: Merkaba helps to circulate energy throughout your body and mind by activating the energy centers, also called chakras.

You will flourish spiritually and personally

Increase our telepathic abilities and your extra-sensory perception faculties.

Available in different size, various possibility of pteine on request.

I gladly accept returns and exchanges

Ship items back to me within: 30 days of delivery

But please contact me if you have any problems with your order.

The following items can't be returned or exchanged

Because of the nature of these items, unless they arrive damaged or defective, I can't accept returns for:

0 items in your cart